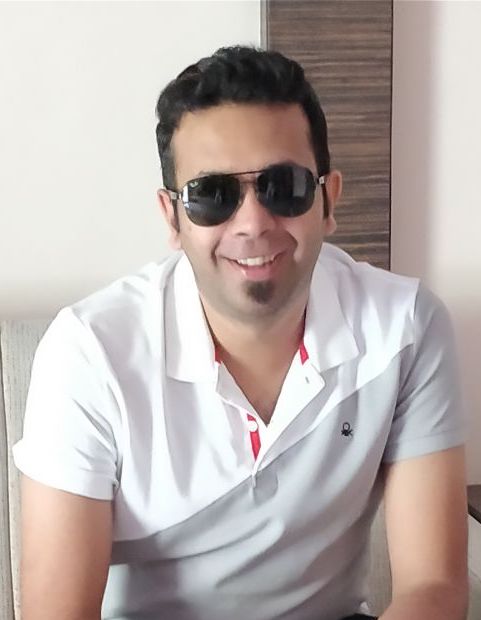 Hi 👋! My name is Mayank Jain (a.k.a firesofmay). Currently I am an Engineering Program Manager at Helpshift.

Lessons for Product Leaders - Shishir Mehrotra
How to solve estimation questions in a PM Interview?
Reducing Churn - A Primer
How would I Improve WhatsApp?
Hey Email App Review — A Personal Take

Nepotism is a byproduct of theaters as a medium

Recently one of the underdog Bollywood celebrities - Sushant Singh Rajput committed suicide. Why he did it still being speculated, another heated debate that was doing the rounds was how nepotism in the film industry doesn’t promote any new talent - Like Sushant. It is difficult for newcomers like him to defend themselves. At the same time, sons and daughters of known actors have it easy due to their filmy background.

While I don’t disagree with it, some people might think it is the fault of the audience. If I tell my parents we are going for a movie, the first question they ask is who is acting in it? If I say “Arjun Kapoor” - they say “Boney Kapoor’s son?, Acha hi hoga, Chalo! (Must be nice, let’s go!)” For quite some time, I felt it is the fault of the audience as it is us who wants to see sons and daughters of a familiar actor. But the more I think about it, the more I realize it has to be more than that.

After his death, I was discussing Sushant’s journey with my wife. I actually knew him personally way before he became famous. We were part of Shiamak Dance classes in Delhi. At that time, he was a struggling model, a very humble guy, and a pretty good dancer even back then. We weren’t friends but more like batch mates. Still, I vividly remember how I was awestruck when I saw him on Jhalak Dikhalaja - A dance reality show for stars. After many years I saw him on TV and realized how far he has come. Over the years, he gave some outstanding movies like MS Dhoni, Chichhore, etc.

Medium is the message

As I continued discussing with my wife about him, she mentioned he was a TV star for Pavitra Rishta before he transitioned into movies. I quickly asked her if she knew of any Nepotism in the TV industry. She thought for a while and said “none I’m aware of”. And I suddenly remembered this quote from Marshall McLuhan - “The Medium Is The Message”. In a nutshell, it means that the medium defines the dynamics of the content to be shown and not the content itself. For which platform the content is created says a lot about the content itself.

Let me give you an example from the gaming industry.

In the early days, we had games designed for Arcades. These massive machines where you had to put in coins to play games.

Because of the nature of such machines, games had to be designed in a certain way:

Although all four games above are different and yet at the heart of it, they have the same game design rules with minor changes. This is because the medium defines the rules and not the game itself.

In the next generation, we had home-based console games like Atari 2600, Nintendo NES Classic, etc. This allowed games to go beyond arcade style of games. While it continued to have games with lives as the industry and gamers got used to it, it could create games that were much longer like Prince of Persia, Mario, etc. Also, since the investment is made upfront by the user once to buy the cartridge/machine, there was no need to make the game centered around points to compete alone. It could expand on creating games with a broader universe as Mario did. Game designers could have games designed to last for hours simply because of the shift in medium from shared machines to personal home gaming machines.

With advances in computer technology, it was now possible to have immersive games that went beyond the traditional gameplay. Computers allowed gameplay that was unheard of. A recent example of such games would be “The Braid” - Where the player cannot die (as you can simply turn back time). Such games broke the traditional game design where you had a limited number of lives as part of the game design. In Braid, you can die as many times as you want. Because of advances in technology and a new medium one could make games where you can rewind times until the start of the level. Once you can break this rule, new kinds of game mechanics are possible. This would not have been possible in the Arcade or early home console era simply because of the limitations of the medium.

Finally, with the advent of mobile phones, games took a different turn. Since games can now be played anywhere & anytime, gaming became much more casual. It went beyond the niche hardcore gaming audience and allowed a wide generation of audiences to play. Because of this, it had to break the shackles of traditional “Pay first then play model”. This new crop of gamers was growing up around free services like Facebook and Gmail. They weren’t ready to pay. Thus freemium as a model was invented. This model again dictated what kind of games can be made.

Following are some of the game designs used by freemium games:

While not all games do this, most have some or all of the above principles baked into any game. This is because we are not charging the user upfront. Because of this inherent limitation of the medium (freemium model), we have to design the game around the above principles. You’ll notice a drastic difference between games designed for mobile-first vs. console first.

Theater as a Medium

But is this limited to the gaming industry? Let’s take a look at the cinema industry.

In the initial days, we had a single hall cinema. Each hall occupied 300-500 people. Every theater owner had to maximize the occupancy of each show run. Which meant that the movie had to be accessible for the masses. Any film that would appeal to a niche audience would mean that the seats would go empty and thus won’t justify the cost of running a show in a single theater hall.

In 1997, PVR launched the first multiplex in Saket, Delhi. A simple change in the cinema halls changed the game. With multiple halls of varying capacity, the medium changed. It allowed producers to create content for the niches, which would not appeal to all kinds of masses. It allowed English movies to be shown, which still didn’t have enough audience for a single theater. Again, enough audience to run on a smaller sized theater along with Bollywood movies for the masses. It’s not that the creators didn’t have creativity. It’s the medium that defined the limits of creativity as every movie had to appeal to the masses. With this small change, there was some room for creativity, but not a lot.

Why? Because the essence of every movie was still the same:

These hooks were fundamental to movie making. In the early days, it was popular songs, familiar faces, item number, cheesy dialogues & familiar storylines with minor twists. Nobody really cared much about the story. There is a reason why actors were typecasted - Amitabh is the Hero, Prem Chopra is the villain, Helen is the item girl, etc. Why? Because it created emotional safety. People came to get entertained not to stimulate their brains. They didn’t want any kind of surprises that would upset them. The hero always wins in the end.

Every producer wanted to make sure they got their money back. So point number 3 i.e., hooks, had to be baked in. “Pay first watch later” as a medium defined this. And this precise reason is why movie in a theater results in nepotism.

While the new generation wants to see new actors, the masses still need that safety net. They always want to pay and watch a movie to get entertained. While some creators have tried to break out of these principles, which worked due to multiplexes since it is still a “pay first, watch later” model, you still need those hooks. Sons and Daughters of a known name is a tried and tested hook that has always worked. This is the precise reason why it continues to dominate the movie industry.

However, times are changing. With the “pay once watch as much as you want” as the new medium defined by platforms like Netflix, Amazon Prime, Disney+, etc. it has inherently changed the medium and thus creating new principles that were unheard of before:

Above is a game-changer because creators can create varying content - casual, thought-provoking, biography, hard-hitting, emotional ride, etc. and yet works for different audiences. It breaks away from traditional hooks as you have already paid for all the content once.

Movies are being released on the OTT platforms nowadays. However, they are still being created for theaters as they get launched in theaters first. This is why traditional hooks are still in place - familiar faces, great songs, item numbers, safe storylines, etc.

My prediction is that OTT platforms will give unknown faces like Sushant a chance to become famous stars. Actors like Álvaro Morte became a worldwide cult with his character in a Spanish show - Money Heist.

And the reason is simple - “Pay once watch as much as you want” gives people a chance to take a chance with the unknown - unfamiliar actor, director, genre, etc. If they like it, they’ll tell their friends, and it goes viral just like Money Heist did. A simple change in the medium will level the playing field and give a chance to the newcomers.

There are new experimental platforms like https://mubi.com which has a different take on the OTT platform: “Watch truly great cinema. With no ads. Ever. Cult, classic, and independent films. A new film every day. 30 hand-picked movies to pick from.”

I have another prediction. There will be some kind of mashup between TikTok and Netflix - A different type of platform where a chance to create new content will be given to unknown faces based on their skills. This will be like Tiktok++. This new kind of platform will go one step further in leveling the field against nepotism.

Social Media as a medium

As a Product Manager, you can extend this thinking to every product. You’ll find similar patterns of constraints and the message being created:

Medium defines what kind of content can be put in it. And thus creator has to retrofit it according to the rules of the medium. Next time you see a problem with the kind of content you are seeing, take a step back and ask if you are looking at the right medium?

Book: The Medium is the Massage - 1st Edition

Hi 👋! My name is Mayank Jain (a.k.a firesofmay). Currently I am an Engineering Program Manager at Helpshift.

Lessons for Product Leaders - Shishir Mehrotra
How to solve estimation questions in a PM Interview?
Reducing Churn - A Primer
How would I Improve WhatsApp?
Hey Email App Review — A Personal Take